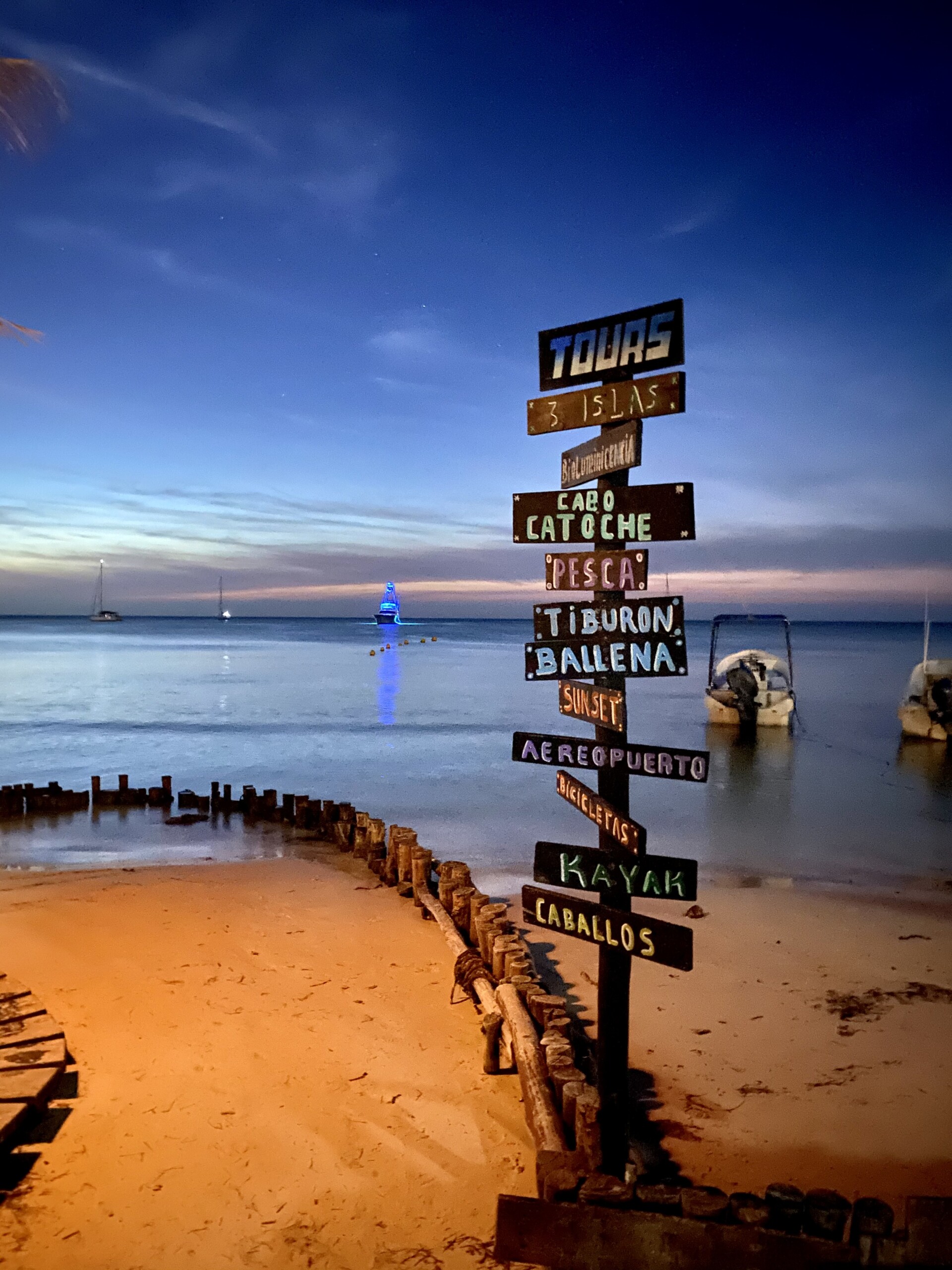 As much as it helps, a bank account isn’t required to be a successful business. This is fortunate for cannabusinesses, as, otherwise, we wouldn’t have the thriving legal cannabis industry we see in so many US states today. But cannabis companies don’t see it that way. They continuously face challenge after challenge trying to operate within an economy and regulatory ecosystem that don’t support them.

That being said, it’s still possible to find certain banking and financial solutions as a cannabusiness, it just looks and operates differently. The obstacles are often difficult enough to turn cannabusinesses away and lead them to find alternative solutions, like angel investors, since we don’t have a federal regulatory agency to report to.

Here’s what you need to know about the current banking solutions available to cannabis startups and what alternatives may be better suited for the industry:

What is Cannabis Banking?

Cannabis banking is possible, but not common or necessarily easy. It involves a marijuana-related business (MRB) using a bank or similar financial institution, like a credit union, to hold revenue and using standard bank accounts to pay for business expenses. Some may also envision a future where banks can give cannabusinesses loans to fund early startup costs, but currently, that’s not an option because federal law prohibits business loans for cannabis-related businesses from any bank or credit union regardless of legal status in individual states.

You can find a financial institution willing to work with cannabusinesses, but they won’t be household names. Recognizable national players won’t be able to rationalize the risk-to-reward ratio. Instead, they’ll be smaller, local credit unions and community banks.

When creating and managing an account with one of these banks for your marijuana-related business (MRB), you can expect to face restrictions, significant paperwork, and slower service due to the strict compliance controls and added due diligence required when working with a high-risk business such as cannabis. You will still be able to deposit money, pay bills electronically, and make withdrawals just like other industries, it will just be less convenient.

Can A Cannabis Business Borrow Through A Bank?

Banks and credit unions all report to a primary regulator at the federal level, and since the federal government maintains that cannabis is still illegal, bank transactions related to cannabis are also illegal. It’s hard enough for a cannabusiness to find an institution willing to give them a bank account, let alone loan them thousands of dollars (or more).

Even in states supportive of the legal cannabis industry, like California and Colorado, federal law supersedes state perspectives and prohibits small business loans. Any financial institution that is federally insured (in effect, all banks and credit unions) is prohibited from providing small business loans to any business related to cannabis.

Why Cannabusinneses Are Still Struggling with Banking Services

Cannabusinesses trying to forge a new frontier for their industry with banking services seem to face one roadblock after the next. From changing laws around banking to various regulations restricting what they can and cannot do, these are the most prevalent banking issues facing MRBs today:

The law that impacts banking services to cannabusinesses the most is the Bank Secrecy Act of 1970 (BSA). The BSA requires banks to support federal agencies in flagging money laundering by reporting suspicious account activity that may suggest tax evasion, money laundering, or other kinds of criminal activity through what’s known as suspicious activity reports (SARs). Federal statutes make it illegal to engage in monetary transactions involving unlawful activity, including selling cannabis, thus, any proceeds generated by cannabusinesses (even those who maintain state compliance) are also illegal. Any transactions (deposits, loans, other services) made by an MRB, then, could be seen as money laundering.

There’s also the 2018 Farm Bill, which impacts businesses involved in the sale of hemp. According to the passed bill, hemp can’t have a THC content over 0.3% when dry. Anything above this threshold is legally considered marijuana. As you could imagine, this impacts banking. The National Credit Union Administration, the federal regulator for all credit unions, was the first banking regulator to guide hemp banking concerning the Farm Bill.

In August 2019, the NCUA recommended all credit unions intending to work with hemp businesses should create an anti-money-laundering program to maintain compliance. Other regulators, including the FDIC, FinCEN, and the Federal Reserve later added that banks are no longer required to file SARs due to legal hemp-related transactions since it is no longer a Schedule I substance. Still, the challenge of maintaining less than 0.3% THC for full-spectrum hemp products has proved difficult for hemp businesses hoping to avoid getting flagged with SARs.

Federal regulators also have their own rules and compliance requirements cannabusinesses  and financial institutions must take into consideration. Some regulations and instructions that prove difficult for cannabis banking include:

Being Linked to Marijuana Is Bad for Business Banking

Cannabis banking restrictions impact more than just dispensaries and growers. They also restrict contractors and vendors that partner with marijuana-related businesses. Even if a business has no part in the growing or selling of the plant or its products, third parties like plumbers, marketing agencies, and packaging designers can face banking limitations and penalties if flagged. Due to this risk, business vendors often shy away from working with cannabusinesses, making it hard for cannabis startups to make any traction without external help.

What is the SAFE Banking Act?

In 2019, congress introduced the Secure and Fair Enforcement Banking Act, known commonly as the SAFE Act. If passed, the SAFE act would make it legal for federally-regulated banking institutions to do business with approved cannabis companies. However, it’s been sitting with the federal government since its introduction, having passed through the House but getting held up in the Senate.

If the bill did get signed into law, here are the changes that would impact cannabis banking:

What is the Cannabis Administration and Opportunity Act (CAO Act)?

Another act that has the potential to transform the relationships between cannabis and banking is the 2021 Cannabis Administration and Opportunity Act (CAOA). Introduced by Democratic Senators in July of 2021, the CAOA would legalize cannabis at the federal level, end the prohibition of cannabis in banking and establish a framework to begin regulating cannabis under the FDA and the Alcohol and Tobacco Tax and Trade Bureau (TTB). The act also features provisions for comprehensive restorative justice initiatives, intended to repair the damage and harm from the decades-long War on Drugs.

For cannabis companies who need alternatives to manage their finances, accept payments, and cover business costs, there are several options currently in use:

With Bitcoin and other cryptocurrencies, cannabusinesses have the opportunity to accept and make secure payments without the need for any centralized banking system. Many consumers have yet to adopt cryptocurrencies, limiting the market.

As an angel investor, I can’t fill all the roles of a traditional bank, but I have what no other financial institution can offer: flexibility to invest or loan money without getting tied up in compliance issues with federal regulators. Angel investors typically have access to large amounts of personal capital, and there’s a particularly great opportunity for cannabis angel investors since most startups struggle to find funding elsewhere.

Cannabis angel investors hope to see a change in the banking world for our startups in the future, but for now, we’re happy to fill the gap and help game-changing cannabusinesses get off to a good start without the need for a bank loan.

While the potential for federal legalization through the SAFE Act is still on the table, the bill is not likely to pass in 2022. Still, there’s progress to be made, and eventually, I think we’ll see cannabis become federally legal (but not without significant challenges).

Until then, I wouldn’t recommend any startups wait with bated breath. The cannabis industry, despite its status with banks, is taking off, and now is the time to get some skin in the game. Find a better source of funding in the meantime, like an angel investor, which can give your business the injection of capital it needs and even help you find alternative solutions for common financial challenges for MRBs.

How MacDonald Ventures Can Help Fund Your Cannabusiness

While banking as an MRB isn’t impossible, it’s often not worth the additional work or obstacles that come along with it, which is why so many cannabis startups look to angel investors like Steve MacDonald for alternative funding solutions.

Learn more on How to Start a Cannabusiness

Steve MacDonald is an experienced cannabis angel investor that has helped startups find success in the burgeoning market with remarkable growth month over month, even despite the turbulence of a global pandemic. One of his investments, Kush, is a cannabis supply chain solution marketplace for brands and vendors.

Could your brilliant cannabis startup be one of Steve’s next unicorns? Reach out to MacDonald Ventures.