Skip to content
Home / Insights / Do You Need A Co-Founder? 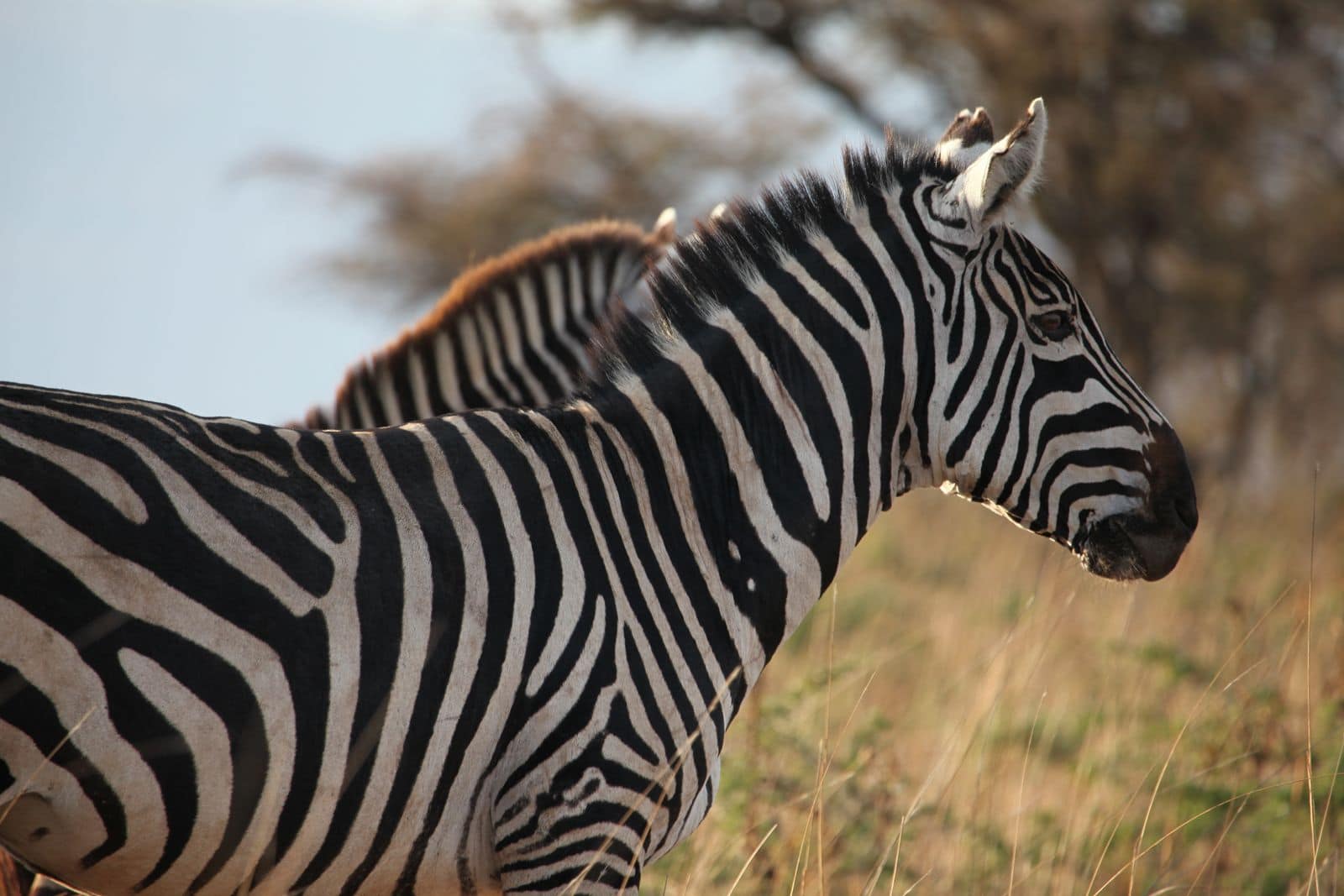 Do You Need A Co-Founder?

The Entrepreneur’s graveyard is full of tombstones of co-founders that were forced out, bought out, quit, or just plain fired. Facebook had 5 co-founders: Zuckerberg, Saverin, McCollum, Moskovitz, and Hughes. Only one survives. Twitter had Dorsey, Glass, Williams, and Stone. Only one survives. Apple had 3: Jobs, Wozniak, & the little-known Wayne (who sold his 10% stake back for $800…that must have hurt.). I’ve had co-founders: fired one, been fired by another, forced another one out. I’m an investor in over a hundred startups and I find that the number one issue I deal with is a dysfunctional founding team (with the possible exception of sales issues, which oftentimes are directly related to #1).

Of course, many of you will think of examples of successful founding teams like Hewlett Packard, Google, PayPal and many, many others. Paul Graham of YCombinator famously said that not having a co-founder is one of the 15 most common mistakes founders make. Many VCs proclaim the importance of multiple founders, and there are many good, right, and important reasons for bringing on others as you start your venture. But it’s not a one-size-fits all decision, and it’s likely one of the most consequential decisions you’ll ever make. That’s why it’s incumbent on new or aspiring entrepreneurs to have the full picture before giving away 50% (or more) of your company because a VC said so.

But we live in the real world, not a research paper. For you, the decision to have or to not have co-founders may be simple – or it may still be eating at you. My own executive coach, who had known me for several years, told me “you don’t really do that well with partners so maybe you should consider going it alone.” It was only then that I actually considered the solo path –  which was definitely the right path for me. But you are you, and we are all unique human beings who are wired differently. So, what are you supposed to do?

Considerations of Bringing on A Co-Founder

Here’s what I’d think about before bringing in a co-founder.

This is one of the primary drivers in many entrepreneurs’ decision to bring on a partner(s). All for-profit companies need two things: sales (or a line of sight to sales) and product. No one is great at everything and we need great people in important roles. There’s no one-size-fits-all, but I find that a founder and/or co-founder should be responsible for product and sales. The other option is a technical founder (who is responsible for product and development) and the co-founder, who is responsible for selling it. In most circumstances, unless it’s an incredibly technical product, you can actually hire someone or outsource development as long as the founder and/or co-founder own the product. Everything else can be outsourced or hired.

Option 2: if you’re a talented technical founder, you can launch an app, sit in your house, watch the downloads, plug in some ad networks and start counting your money. Don’t we all wish it were that easy!

Unless you’re that incredibly talented technical founder, you need startup capital.  Hiring experts cost money. That’s usually why someone decides to bring in a co-founder: they don’t have the money to pay for the much-needed (and missing) talent. Bootstrapping is the best way to avoid bringing in a co-founder too early, or for too much equity. However, many founders and VCs will say that having co-founders increases the likelihood of raising outside money: more people on the founding team, a bigger network, more diversity, specialized roles, less risk to the investor, right? Well, according to the data, not necessarily.

Although I did bring in a co-founder that I bought out (aka: forced out), I was able to finance my last company by outsourcing the initial software development for $20,000 from savings (overseeing it and writing the specs, of course), $20,000 from my co-founder, landing our first and multiple accounts myself, and using an aggressive accounts receivable strategy that ensured I got paid before I had to pay my vendors. That 10-day difference between getting paid and paying my vendors capitalized the company to $150 million in revenues.

Most of us, when we’re starting a company, have a one-track mind: getting our company off the ground. We don’t think about the long-term impact of the decisions we’re making now. If anything gets in the way of launching our business, we figure we’ll deal with it later. But giving away 50% or 33% or any equity of your business becomes very painful if your co-founder isn’t pulling their weight. I’m simplifying here as there are lots of ways to structure deals to maximize dilution and/or control, but once you’ve brought on a co-founder, granted equity, changed responsibilities or expectations, it’s almost impossible (aside from writing that person a massive check) to change. The further along you can take the business without a co-founder, the more control you’ll have in offering equity, assigning roles, and establishing expectations.

At myMatrixx, I brought on a partner. I had just been fired from my previous startup and I was weakened, lacking confidence to go it alone. And, even though I had just been fired by one of my partners, I made the same stupid mistake: I brought on a partner who had expertise that I thought I needed. I gave him 50% with no clear buyout agreement. In hindsight, the advice I would give any founder, would be to incorporate the business on your own as the sole registered owner. Now, instead of the co-founder(s) sitting in a room with you deciding who gets what as you file the corporate docs, you are now the sole owner, and you’re in control.

If you’ve started coding or hired a developer, it’s even better because you’ve made substantial progress. Everything you give up at this point is a gift, a statement of shared responsibility.  So if you still decide you need that awesome person and they need 50-50 on everything, at least you’ll know you made an intentional decision when you realize that you screwed up.

Few people would expect you to just give away 50% of your business, let alone give away control of your baby to a 50% partner, or 2-33% partners, or 30%, or whatever the split ends up being. It becomes what it should be: a negotiation. This single step could potentially: 1. save your company, 2. save your position as CEO, 3. save you millions of dollars, and 4. avoid the painful, distracting, expensive, and frustrating experience of trying to remove a bad partner and disrupting your business.

You may have already been talking to someone about starting a business and made promises; if that’s the case, it’s important to at least recognize that it’s almost impossible for more than one person to have ultimate responsibility. One, and only one, person makes something happen. Let it be you. If you started the conversations, I wouldn’t recommend going back on your word, but don’t feel guilty if you decide to incorporate the business now, yourself. At a minimum, at least consult an attorney and draft a rock-solid buy/sell agreement. It will be much less painful to have the difficult conversation now than when someone has to be forced out.

There is no surefire way to protect your founder or co-founder employment status, especially once you bring on an investor. Additionally, the founder may not be (and oftentimes is not) the right person to lead the company to maturity. I’m currently working with at least three companies where the original founder is no longer leading the company. As an investor, and in these particular situations, that’s been a good thing. My advice here is intended to “stack the deck” in your favor as

the original founding member of the company. In the end, if you’re the original founder or on the original founding team and are asked to step down, the safest advice is to have humility, check your ego, and work toward whatever is best for the company, the employees, and the customers. And if you end up with an extra million or more in the bank without going to work every day, that’s not a bad thing either. Mentoring founders through these growing pains is part of what drew me to angel investing. If you (or you and your co-founder) are ready to talk, we’re here.