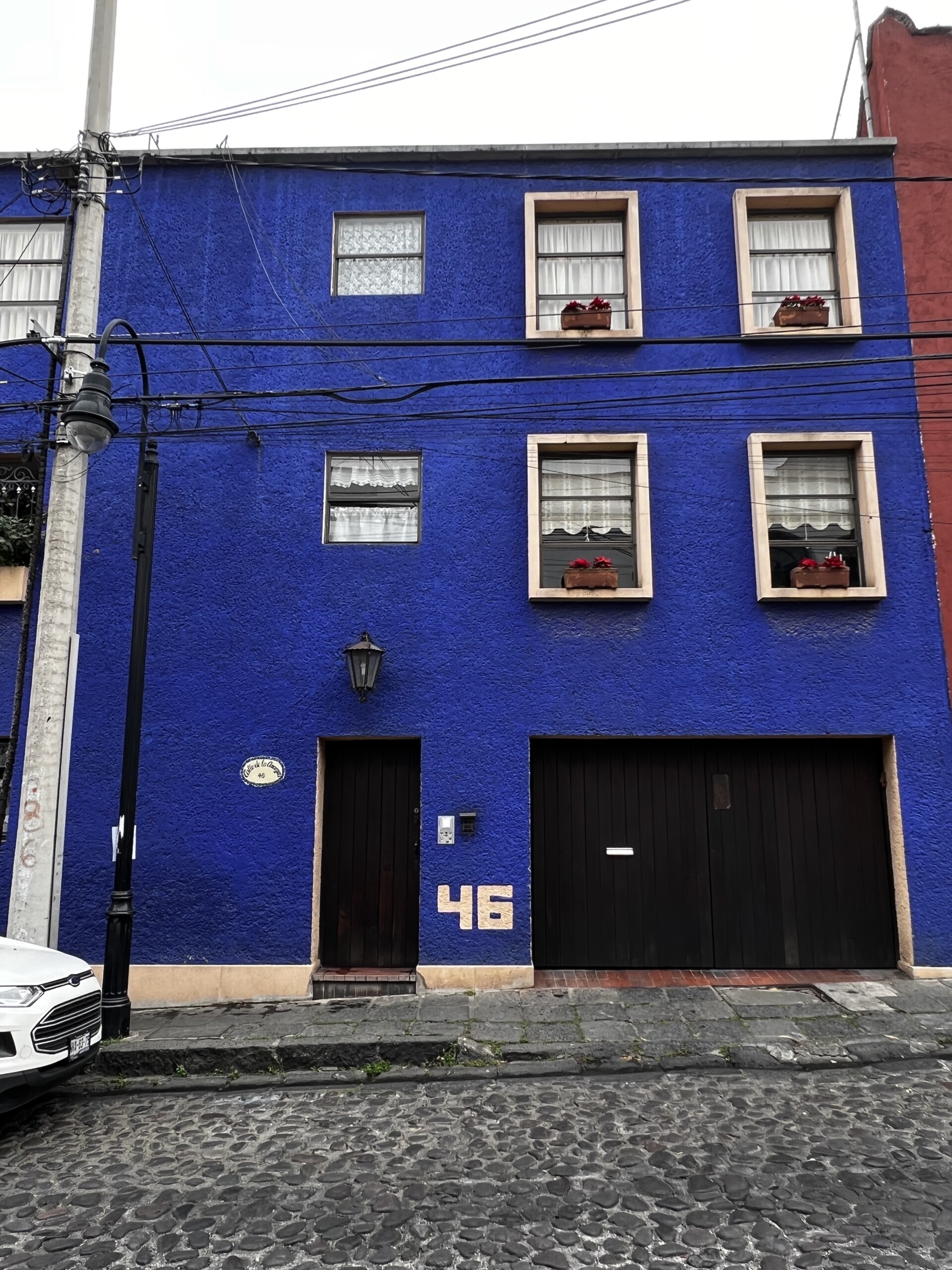 Unless you protect your software idea, the idea isn’t really yours.

Imagine coming up with a game-changing software idea and putting in the work to create a business plan. You’re excited about what’s to come, so you share your excitement with friends and family members as well as a few developers that you’re considering enlisting for help. But just as you’re perfecting your MVP, an eerily similar software program hits the market. All of that time, work, and money toward a fresh, innovative, and first-of-its-kind software program are now funneled toward beating out the competition.

Similar ideas can naturally occur, or they can result from a lack of protection of your own idea. To ensure you’re the only one rolling out the kind of software you’re working on, it’s critical to protect your software idea from the start. But how? Learn how to protect your intellectual property with the right documentation:

Key Differences Between Trade Secrets, Patents and Copyrights: Why It Matters

While each of these terms falls under the family of law known as intellectual property, they protect different kinds of information and property, but they may also overlap.

Trade secrets refer to a process, practice, formula, design, pattern, instrument, method, or collection of information that is not known to the general public. Its secrecy must provide an economic benefit, and you’ll have to make reasonable efforts to maintain this secrecy. Trade secrets are protected under law as long as they stay secret, with protection from others using, misappropriating, or disclosing the secrets.

Patents protect inventions, which must be useful, new, and nonobvious. Inventions include machines, processes, and compositions. If a piece of software improves computer functionality or performs tasks in an unconventional way, it may be patentable, but most software has historically had a harder time getting patent protection as compared to copyright or trade secret protection.

Copyright protection covers original works of authorship, including songs, books, articles, sculptures, movies, and more. To qualify for copyright protection, the work must be original and tangible. Copyright protection lasts for the author’s life plus 70 years, and it controls the reproduction, distribution, and public performance of copyrighted works as well as limits the making of derivative works. In terms of software, most copyrights protect the software code itself.

Different elements of your software idea can be protected by trade secrets, copyrights, and patents. While each protection may slightly overlap, they each focus on different aspects of your intellectual property. If anyone steals your trade secrets, patents, or copyrighted work without your express permission, you have a legal right to sue for damages.

Prove Your Idea Is Original and Own It With Proper Documentation

Protect your idea from every angle with proper documentation. By utilizing copyright, patent, and trademark protection, you can ensure no one steals your thunder.

First thing’s first – copyright the creative work of your software, which is the code used to create it. Copyright can be relatively affordable, but it won’t protect you from copying through reverse engineering of your software. However, it will prevent anyone from stealing your source code and other UI elements and using it elsewhere. It also protects you from someone creating an incredibly similar product, although proving a violation of your rights would be difficult.

Patents don’t protect ideas, but they can protect algorithms, inventions, and formulas. Does your software rely on a custom algorithm you developed that is brand-new? You may be able to patent the algorithm itself, but it’s a difficult process and can be extremely expensive. To see what options may be available to you, meet with a patent attorney who specializes in software.

Trademark Your Name and Logo

While you can’t trademark your actual software, you should trademark your company name and logo so others can’t use them. Trademarking a logo protects the visual design elements, such as symbols, colors, and fonts. Even if the name of your company appears in your logo, a logo trademark won’t necessarily protect the name. You’ll need a separate trademark to cover the name itself.

Copyright is granted naturally to any work as soon as it’s being created, but in order to sue, you’ll need to officially register it with the federal copyright office. To apply for copyright for software code, you’ll likely use Form TX for written works. Once you apply for the copyright and secure the protection (usually within 3 months), it’s noted for public record and you’ll be able to sue any company in court for improper use.

Patents don’t protect ideas, only the invention itself. So, how can you be sure your team or those with whom you talk about your idea won’t use the information you give them against you? Non-disclosure agreements (NDAs) provide legal protection for your idea.

If your idea, or even the invention itself, doesn’t meet the above qualifications, you can still protect it using NDAs.

An NDA is a written agreement that protects confidential information and trade secrets like your pricing policy and design documentation. While any founder should use discretion when discussing their software idea, involving only direct participants, taking the additional step of having those with whom you discuss it sign an NDA ensures your information doesn’t go beyond them.

Companies often require employees, consultants, investors, and others involved in their products or work to sign NDAs to protect their intellectual property. A signed NDA means the signer promises not to release or divulge any information shared between the two parties. Should the information leak, the injured party (in this case, you and your company) can legally claim a breach of contract.

One area of caution to keep in mind, however: most investors or VCs will not sign an NDA for an early stage company. VCs are investors who could see a thousand deals in a year, so signing NDAs for each creates a legal liability and an administrative hassle for them and is typically reserved for later stage companies with significant IP, traction, and/or investment dollars. As an entrepreneur, you need to assess the risk vs. reward of asking for the NDA. A good rule of thumb is not to ask for one, and not reveal anything that you think is critically confidential. Share the cookie, not the recipe.

There’s a lot of misinformation circulating the internet about legally protecting your ideas. Don’t let a misunderstanding keep you from protecting what you’ve worked toward.

Myth 1: IP Protection Is Only for Big Companies

Anyone can apply for the protection of their intellectual property, not just big enterprises. Small, innovative, and smart companies are often even more creative than large incumbents, and ensuring IP protection is often their best defense against losing their work to giants.

The software can be patented, but it’s not simple. The software must be tied to a machine or a process, and presenting your software in this manner can be tricky. Working with an experienced patent attorney can help you understand what options are available for you.

Patents will only protect you in the country where you’ve registered it. If you want protection in other countries as well, you will need to file for a patent directly with each government and understand the nuances of protection from place to place.

Myth 4: You Can Take Your Time To File for Protection

While you might think no one has thought of your idea, time is of the essence when protecting your software. Don’t take too much time developing something before you protect it. Just because you invented it first doesn’t mean you will get the patent for it. In 2013, the U.S. Patent Office shifted to a “first-to-file” system, meaning the first one who files for the patent gets the rights and protection for it.

The Inherent Value of Your Ideas

You might not realize it, but long before you have an MVP, your software idea holds great value. Don’t wait until it’s fully functional to protect it from being stolen. As soon as you’ve solidified your breakthrough idea, your next step (before getting too far into development) should be filing for legal protection. Trademarks, copyright, patents, and NDAs are your best lines of defense, and acting quickly pays off.

Protect your source code, company name, logo, slogan, and processes to cover your software idea from every angle and ensure you get the glory when it comes time to launch.

Have you already covered your bases in terms of legally protecting your software idea? Looking for an angel investor and partner to take you from a brilliant idea to a unicorn success story? Reach out to Steve MacDonald of MacDonald Ventures.